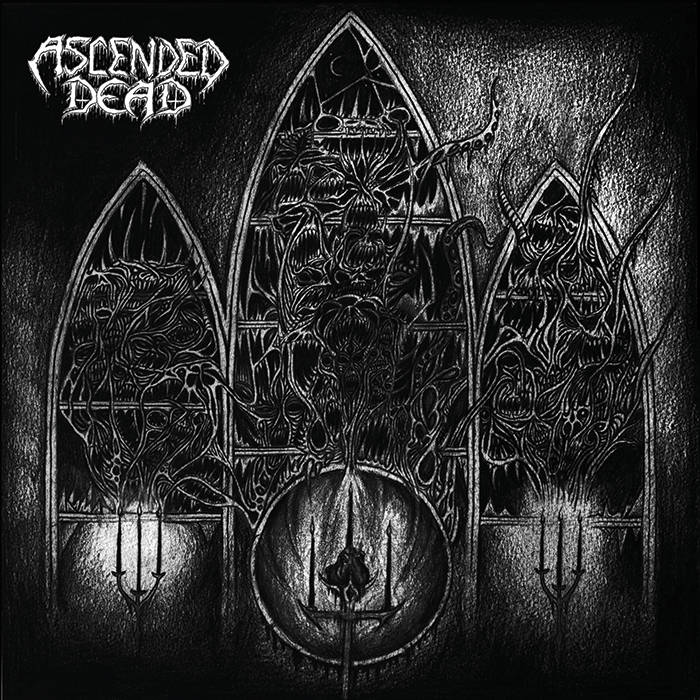 No longer in use

ASCENDED DEAD was formed in 2011 from the ashes of DECAY, JR and IL's previous band. CK was recruited on drums, JM was recruited on bass, and the circle was complete.
Their first, self-titled demo tape was released in 2012 and limited to 200 copies. It featured 4 tracks of raw, chaotic Death Metal influenced by the likes of POSSESSED, NECROVORE, HELLHAMMER and SARCOFAGO, as it laid the foundation to their sound.

Their second release, entitled "Arcane Malevolence," expands upon their sound with some experimentation, but maintains a display of utter ferocity and darkness. It marks a musical step forward and represents a milestone in their development as a band.

The 4-piece has sought to create primitive, dark, chaotic Death Metal, without limitations.

After the band's cult debut demo, BLOOD HARVEST is proud to present ASCENDED DEAD's Arcane Malevolence 7" EP. At four fierce 'n' filthy tracks, Arcane Malevolence is the perfect introduction to these San Diego death metallers, whipping forth a frenzy of maniacal, pitch-black DEATH that nods as much to classic Possessed and Necrovore as it does early Morbid Angel and Sarcofago. Through it all, ASCENDED DEAD keep their caustic, careening attack locked-in and lethal: get in, get out, and submit to the onslaught. Arcane Malevolence indeed... - (Nathan T. Birk)