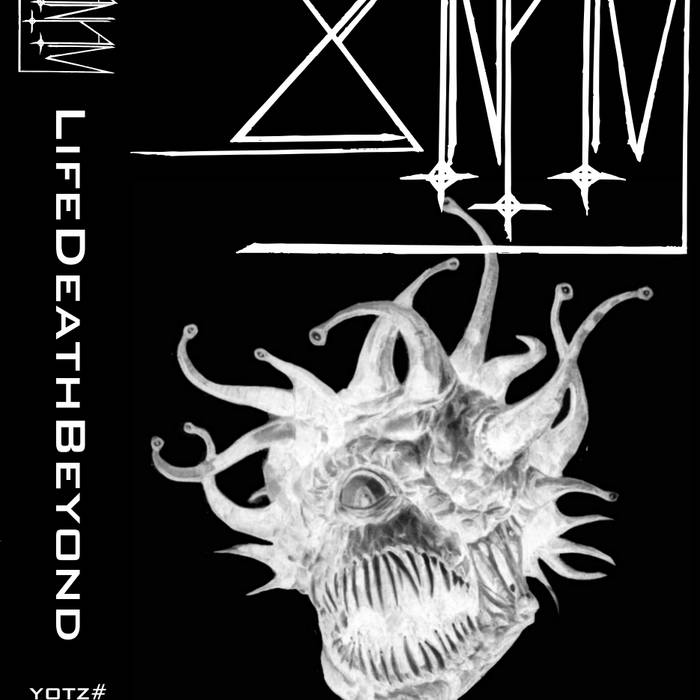 BLOOD HARVEST is proud to present a reissue of XANTAM's debut demo, LifeDeathBeyond. Originally self-released last year, XANTAM's LifeDeathBeyond is a true gem of the black/death underground, both birthed from ancient times and exuding a freshness quite unlike anything else around. The work of one Xantam the Beholder, LifeDeathBeyond creates a swirling, spiraling vortex of scabrous-yet-shimmering decibels, rabidly raw yet lucidly played. Its unique locus is that nethervoid of when death metal was beginning to expand its creative boundaries and black metal's second wave had yet to bloom, where both subgenres were feeding off each other's respective growing pains and birth pangs. And yet, XANTAM even more uniquely locates corridors rarely explored by those same pioneers 20-plus years ago, piling high emotive lead-work and hypnotic synth motifs, all the while guiding the listener along down an otherworldly path that's epic in scope and engaging in execution. Sure, it may be "rough around the edges" as the euphemism goes, but the sheer boldness of vision displayed by XANTAM on its very first demo suggests boundless brilliance for the future. BLOOD HARVEST has indeed paid witness to that brilliance, and will release the band's imminent debut album, Astral Dominion, on vinyl, CD, and digital formats during the summer of 2016.

Founding vocalist/guitarist Xantam the Beholder gives some background: "XANTAM started when I became dissatisfied with only playing drums. I'm originally a drummer, and I played drums in a death metal band called Abscission for eight years. Two years ago, I wanted to expand from not only writing one aspect of a band's material, but to writing and creating an entire creation of my own. At that point, I started to pick up playing guitar and keyboards. A few months after I started playing guitar, I wrote my first song, 'Realm of Vile Lamentations.' At that point, I knew this was something I wanted to continue. I came up with a name and logo, and started to write more material. Everything I have written has been completely made from the heart and ear. I know no theory or other bands' songs on guitar or keyboards. I just picked them up and started messing around with, what I thought, sounded good. I created three songs that made up theLifeDeathBeyond demo. The lyrics deal with the dark side of the human mind, existence, anti-religion, and fictional stories. I have always been inspired by bands like Zyklon, Molested, The Chasm, Damnation, Azarath, Morbid Angel, and Limbonic Art. The live lineup came to be when I asked Matt Valdez and Mike Gonzalez from my other band, Abscission, to help me out to play live. I then found Arturo Gaitan, from Ruminations and Morbid Gods, to play drums. We played our first show in January of 2015, with Ascended Dead and Spectral Voice, and it was a complete disaster. I decided to give playing live another shot, and we played another show in late summer of 2015. This one went very well and had good feedback. We continued to play shows after that. XANTAM is all about the music and is my contribution back to the metal world that I grew up on."