Possession Of The Flesh 12"LP 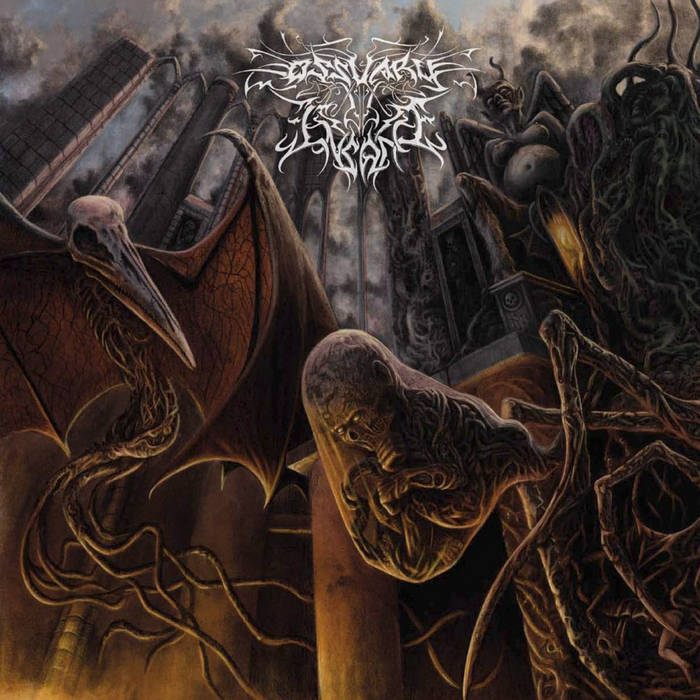 BLOOD HARVEST RECORDS is proud to present OSSUARY INSANE's Possession of the Flesh, the first part of an ongoing endeavor to reissue this cult American death metal band's entire recorded works. Forming in that fateful year of 1991, OSSUARY INSANE were originally named Ossuary and released one demo under that moniker before changing it in 1995. As OSSUARY INSANE, they would undergo multiple lineups and release a trio of official demos and one album, Demonize the Flesh, in 1998. Through it all, the band would perfect a sound that was DEATH METAL incarnate - unremittingly dark, dynamic, and heavy as fuck - but offered tons of unique twists, all increasingly their own and executed with pinpoint precision. In many ways, OSSUARY INSANE took the well-known (and rightly so) Tampa death metal style down both weirder and more blackened routes, always challenging the listener while throttling the body. With Possession of the Flesh, the band are firing at peak performance, with this collection offering exclusive (and otherwise unreleased) recordings from 2001 and 2003, all as robust and red-eyed as diehards back in the day came to expect - and this is just the start! BLOOD HARVEST will be releasing Possession of the Flesh on 12" vinyl, with 100 copies on black vinyl and 200 on beer-colored vinyl: feel the Possession of the Flesh! - (Nathan T. Birk)

"When I look back on the mid epoch of O.I which is the years from 2001-2003, what I look back on most fondly is a wonderful blessing of a place called Hell City ( aka Pine City) Minnesota where Cantor Celebrant lived and Ossuary Insane practiced in the basement on a riser Cantor built for that very purpose. This is also when the power trio three piece era of O.I ended and gave way to the five piece with the addition of a bassist and a vocalist. I have to be entirely honest and admit I was the least in favor of expanding past a three piece and, to this day, I still feel the same. Regardless, we were then five members. We would party into all ungodly hours of the day and night and jam whenever we felt like invoking the beast of infernal demonizations whether it was two in the afternoon or two in the morning! It's the most quality time together the band enjoyed as a quintet! Smoking weed, drinking copious amounts of alcohol and I more than likely had a 100 mcg fentanyl patch on my forehead and two on my chest (the bassist's brother called me "The Walking Dead") and yes, I went up live on stage like that more than once. We all had a devastating blast of a time each and every time we visited the den of iniquity I personally baptized "Hell City," which later became a song written in the basement that was the greatest rehearsal space we could've ever dreamed of!!! From Pine City, MN comes Part I: Possession Of The Flesh (The epic years of 2001-2003)" - Prophet / O.I 2016

"Ossuary Insane (formerly known as Ossuary) released one album back in 1998, plus a total of three demos, and then split up about ten years ago, without much fame. And that is actually a pity because these guys were actually pretty darn good, as we can now realize that fact, thanks to Blood Harvest’s re-release of some of their old material...Possession Of The Flesh compiles The Soundtrack To Human Extermination demo, two tracks from this demo in an older version, and three so-far unreleased tracks. With a very decent sound (for a demo), these tracks display a band in complete control, with a technical level to be envious of, and efficient death metal delivery...Ossuary Insane have a very strong similarity to MALEVOLENT CREATION, but they can also be fast and brutal like SUFFOCATION, add some ‘tech-death’ touches like ATHEIST, or even lean towards more black metal here and there, too. Too bad for them that the early 2000s were not the best period for death metal bands to get noticed, as these tracks really show a band that deserved a lot more than splitting following by anonymity…Keep your eyes and ears open, as more deserved re-releases are planned!" - (Iron Fist)