by PRAISE THE FLAME 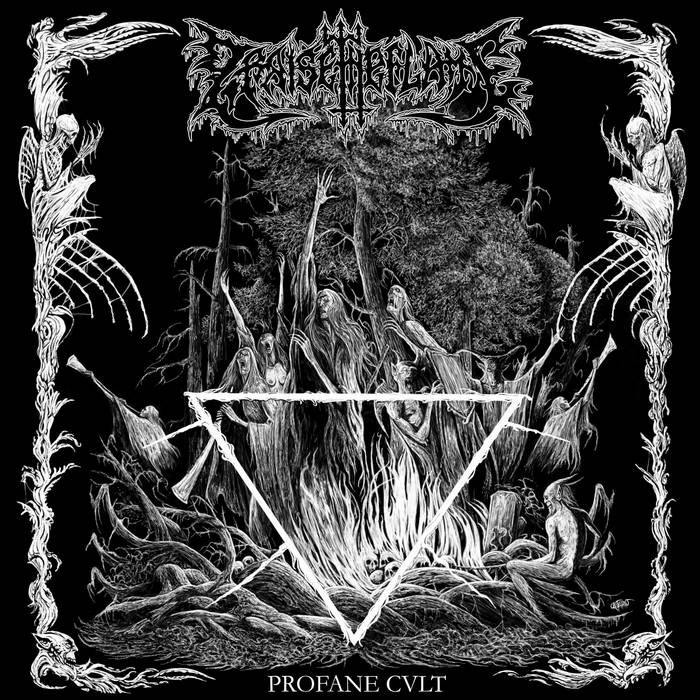 Michael Hojjatie Ripping fast and Hellish deathrash from the land that produces many such fine acts. Favorite track: Mayhemic Wrath of Glorior.

Matthew Toye Not enough people own this or 'Manifest Rebellion'. Praise The Flame is another solid band from Chile. Or as I call it 'the country that shits out golden black and death metal'. Favorite track: Doomed By Darkness.

DAVITRON REX This band fucking kills,if you don't like it then I hope you get killed by a well hung rapist!

"Death and darkness that reign, takes its form in Praise The Flame."

Formed in the middle of MMXII in Santiago, Chile, PRAISE THE FLAME presented their first attack of hatred, "Profane Cvlt", in early 2013.
This brilliant MCD, originaly released through Apocalyptic Productions (Chile), contains five hymns of obscure and merciless Death Metal, with fast & evil sounding Thrash in the vein the early classic hordes of the style.
Making comparisons to other bands is for the beholder, but if you need a guideline..."Profane Cult" is Barbaric Dark Deathrash Metal with influences of Sadistic Intent, Massacra, Morbid Angel (old), Malevolent Creation (old), Dissection, Asphyx.

Blood Harvest will release a limited 12" vinyl edition with an additional track, a cover of the legendary Swedish band UNLEASHED.