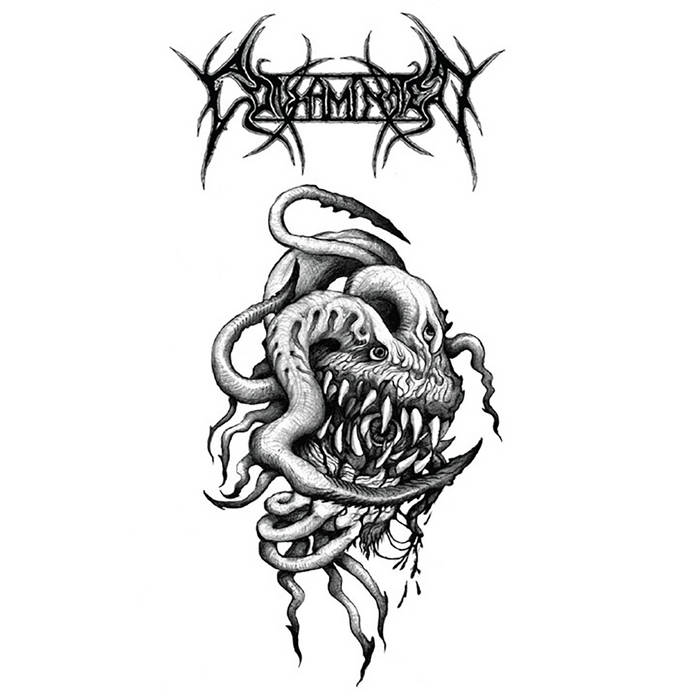 The band is currently mixing their debut album, to be released on Blood Harvest this fall on CD, Vinyl & Digital.
For now we offer you a Digital edition of their Promo '15 recording.


"Contaminated are from Melbourne, Australia and were formed in 2013 by Lachy with the intent of playing a no-bullshit style of dark, filthy, rotten death metal in the way of underground Finnish and US legends. The band's first demo, Pestilential Decay, was handled solely by Lachlan in February 2014 and released on cassette by Crawling Chaos Productions the following April.

June 2014 saw the addition of Christoph (Internal Rot, Headless Death, ex-Roskopp, many others) on drums. From December 2014 to January 2015, a full line up was established, with Lachy handling guitar and Matt (Ignivomous, ex-Eskhaton), Nick (Asbestosisis, The Nihilistic Front, ex-Embodied) and Zev (Headless Death, ex-Roskopp, ex-Injury To Eye) joining to fill the roles of guitar, bass and vocals respectively.

March 2015 saw Contaminated playing their first show and self releasing another demo cassette, Promo '15. The Pestilential Decay demo was also reissued in December 2015 by Headsplit Records.

Since becoming a full band, Contaminated has been active on the live front, regularly playing around hometown Melbourne and recently interstate, often on varied lineups. Coming up soon is a show with modern legends Dead Congregation in Adelaide.

With more new material steadily coming over mid 2015 to early 2016, a full length album was recorded in May 2016 at Goatsound Studios and the band are proud to say that it will be released on LP and CD by Blood Harvest."