by SHROUD OF THE HERETIC 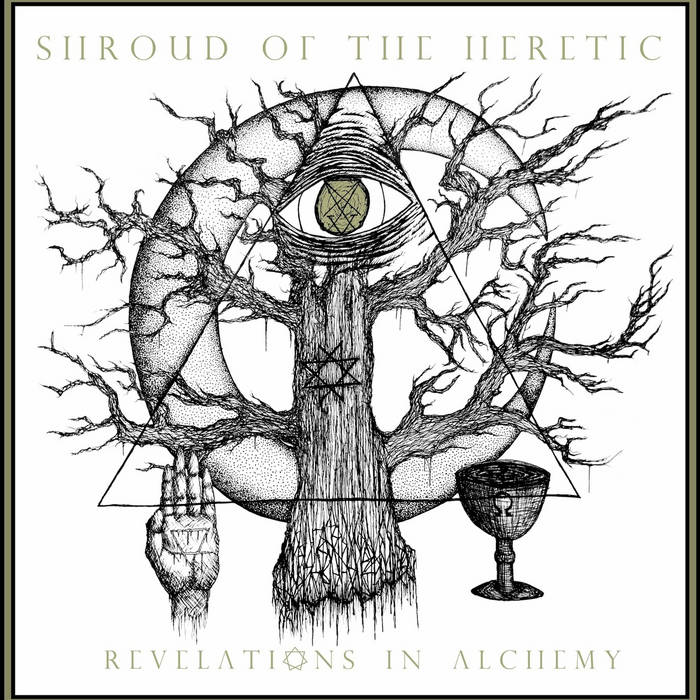 A toxic mixture of Death, Black, Thrash and Doom. Often during the same track.

SHROUD OF THE HERETIC formed in 2009 in Portland, Oregon. After releasing the Boiled to Death demo and some changes in lineup, the band matured into its current incarnation: vocalist/bassist Thom, drummer Lauren, and guitarist JT.

A churning, cavernous rumble of occult Metal of Death, SHROUD OF THE HERETIC's Revelations in Alchemy revels in the otherworldly and the ghastly, the horrific and the sublime. Always pulsing and pouding ever forward, ever toward terrible visions, the trio's sound is as spiritual as it is physical.

SHROUD OF THE HERETIC have had the opportunity to share the stage with Grave Upheaval, Impetuous Ritual, Anhedonist, Ritual Necromancy, Dispirit, Old Skin, and Knelt Rote. The band is currently writing their darkest, bleakest material to date.