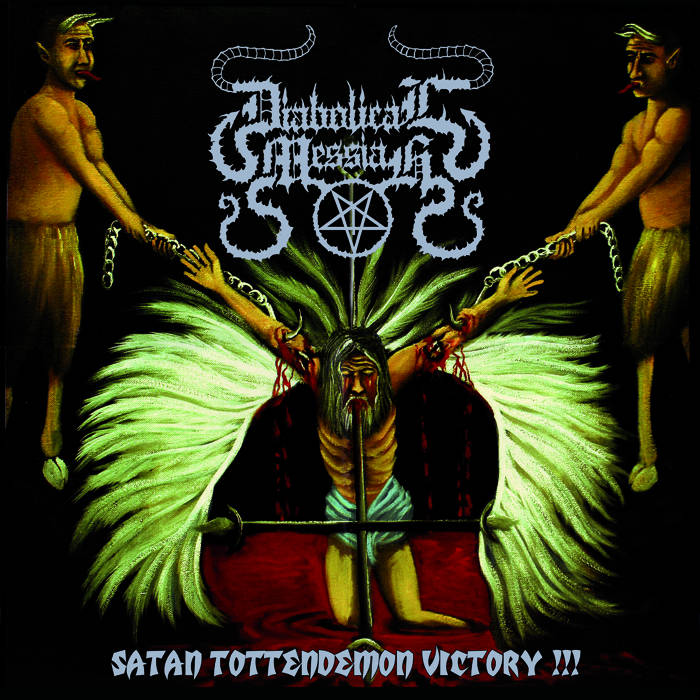 Finally coming out on vinyl!!
Originally released on CD through PROSELYTISM (Chile) in 2010, this album finally sees its long overdue vinyl edition!

One of the most destructive recordings ever made in the mighty Chile.

Long overdue, BLOOD HARVEST is proud to present a vinyl LP pressing of DIABOLICAL MESSIAH's cult debut album, Satan Tottendemon Victory!!! Originally released on CD in 2010 by the esteemed Proselytism label, Satan Tottendemon Victory!!! was soon being hailed by underground diehards as a supreme entry into the legendary canon of Chilean death metal. A true power-trio, DIABOLICAL MESSIAH here unleash wave after undulating wave of militant, cyclonic violence, reeking of sulfur, the occult, and unhinged diabolism. It's a sound that will remind many of prime Morbid Angel, Krisiun, Angelcorpse, and Incantation, but with that insane edge only South America can deliver. Onward to Satan Tottendemon Victory!!! - (Nathan T. Birk)