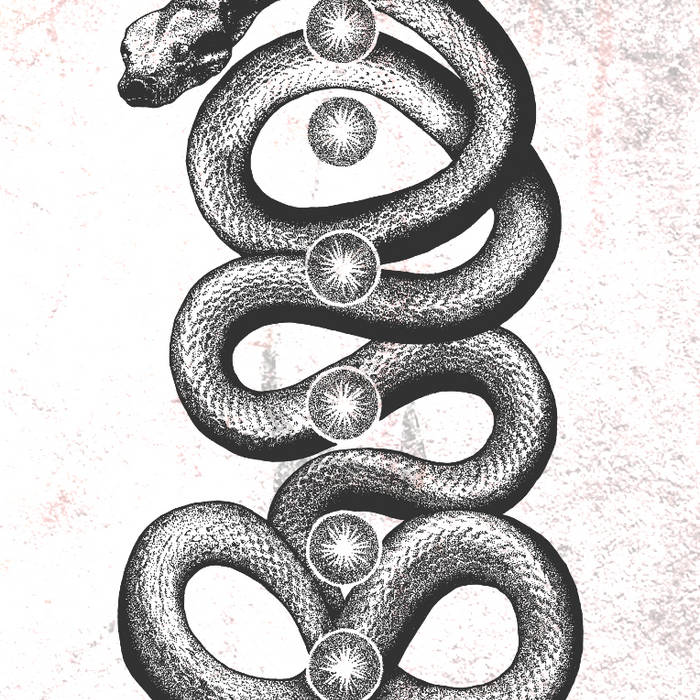 BLOOD HARVEST RECORDS is proud to present NECROSEMEN's highly anticipated Vglns on cassette tape. A ghastly, gibbering maw of vortextural black/death bestiality, Vglns consumes the listener whole with merciless, undulating waves of bulldozing filth, subsonic dread, and cavernous emanations from an infinite abyss. The whole experience is beyond overwhelming; the punishing physicality is stifling. Vglns is the beginning of greatness for NECROSEMEN. (Nathan T. Birk)

Born in August of 2012, the nefarious entity of NECROSEMEN hails from Switzerland and originally began as a one-man band. In March 2013, the first NECROSEMEN opus, And All Shall Be Smitten By Fyre, was released by BLOOD HARVEST on 12" vinyl, comprising three tracks of barbaric black/death metal not dissimilar to newer titans like Teitanblood and Wrathprayer or old gods like Beherit and Blasphemy. Since the end of 2013, NECROSEMEN evolved into the band it is now: a five-actor entity vomiting sonic waves of Death. This coven performed ceremonies alongside other great congregations like Mystifier, Dead Congregation, ZOM, Deathcult, Acherontas, Lvcifyre, Negative Plane, Malthusian, and Antiversum.

Now, a new era begins with the miasma that is Vglns. After the departure of three demons of his coven, NECROSEMEN will be a two-actor congregation. Further death incantations will be spoken, with an expected full-length debut album for BLOOD HARVEST, as well as a vinyl release of Vglns. The path stays abstract, the purpose is clear and bright - and Vglns devours, voraciously and endlessly.

“Vglns sees Necrosemen continue their black/death approach with four tracks of punishingly heavy and destructive death metal that surpass just over 20 minutes; their music is both intense and oppressive death that makes for quite a punitive listen. Their music was perfectly summed up by the press release as ‘A ghastly, gibbering maw of vortextural black/death bestiality, Vglns consumes the listener whole with merciless, undulating waves of bulldozing filth, subsonic dread, and cavernous emanations from an infinite abyss. The whole experience is beyond overwhelming; the punishing physicality is stifling. Vglns is the beginning of greatness for Necrosemen.’ A new era is set to begin for Necrosemen, as the band is now a two-member entity, though they do have a full-length album planned along with a vinyl release of Vglns. I hope this is just the beginning for them, and if Necrosemen can write an album’s worth of music as good as this, I’ll be the first in the queue to get it...Oppressive and intense, this is very, very good” – TheLairOfFilth.com [9/10 rating]

“Blood Harvest is swarming on the release front these days, with short obscure EPs. It doesn't bother me as long as the quality is good...Necrosemen is, as the name suggests, not music your mother would appreciate. If everything else should fail, at least that's a good sign. The name Vglns, however, tells me nothing, but the EP offers four thunderous martial hymns at just over 20 minutes. More value for cold capital assets than the EPs on the bottom of this page...The band is of newer casting, and hails from Switzerland. The style is rabid, frantic, and raging death metal with black undertones. The sound consists largely of subsonic frequencies, reminiscent of humming engines aboard a warship of considerable size...One can certainly ask critical questions about the originality of this brutal bombardment, but the guys have created a sonic carnage that fans of this metal sub-subgenre probably will appreciate. I like what I hear” – Gorger.org

“If you’re anything at all like me, then not only are you ruggedly handsome, but you probably also come across a band sporting a name like Necrosemen and take less than a second to arrive at exactly the same conclusion: that name must be overcompensating for something. Like, seriously overcompensating for something. And you also most likely thought it was a complete lack of real talent. And while Vglns, the latest release from the Swiss black/death metal unit, probably won’t set either your world or soul ablaze, it is definitely not what I automatically assumed it would be...there is plenty that those of you who would identify as purists will find perfectly appealing here. For instance, it sounds like it was recorded in a cave (albeit maybe one with slightly more expensive than average soft furnishings). There’s plenty of vicious guitar attack – pummeling, in fact. And I’m lacking a classical education enough to be 100% sure, but even I can tell that all those Latin chants would probably make the Pope considerably less than chipper” – Ninecircles.co

“Originally formed as a one-man project in 2012, Swiss black/death metal band Necrosemen has since expanded to a full lineup. With this new lineup in place, the group has released a new EP titled Vglns, and while the structure of the songwriting has remained similar to debut And All Shall Be Smitten by Fyre, there has been a noticeable shift in production towards a fuller sound that allows the instrumentals to hit with the same density yet allow each element to be distinguishable. The resulting effort is both crushing and razor-sharp, and while it may fly by in 20 minutes. Necrosemen provides substance behind their onslaught that makes them a band worthy of your attention...Like some of the others out there, this group falls somewhere smack dab in the middle of the black and death metal spectrum. Depending on which of the four songs you’re listening to, a particular riff might have that lumbering, dense sound that skews closer to the death metal side or chaotic blasting that is closer to black metal in its tonality. But no matter where Necrosemen heads stylistically, they ensure that the guitar leads and blasting drums are razor-sharp and do their best to bludgeon the listener into submission and leave behind nothing but scorched earth in their wake. This is the biggest difference between the group’s previous EP and VgIns, as the production has expanded outwards and given all of the instruments a bit more space than before. But that’s not to say that the material has lost any of its edge in the process, as the clarity between the different elements at play allows the band to utilize them effectively and create a soundscape that hits hard but offers distinguishable elements from one song to the next. The natural ebbs and flows between the different blasts work perfectly, and underneath the chaotic and dark aesthetic that is typical for this style of metal lies some riffs with staying power. Admittedly, there does remain some room for further expansion, and with a few songs following some similar patterns, I am curious as to how Necrosemen could branch out a bit for a full-length, but for a release of this length, there is enough subtle variations to maintain your attention...VgIns finds this group taking some steps forward with improved production values and riffs that are chaotic and powerful while remaining distinguishable from one song to the next. Necrosemen still has some room to branch out a little bit further and prove that they can avoid falling into patterns that are too similar on a longer effort, but for now, they’ve delivered a heavy-hitting EP that will appeal to anyone with an interest in this unrelenting and dense variant of the black and death metal spectrums” – Cosmosgaming.com

“While it’s pretty listenable for modern underground black-death, the most interesting thing here is actually the rotating member list...Now, a lot of bands, particularly in the thrash/death/black metal scene, swap members back and forth like there’s no tomorrow – it’s part and parcel of the scene aesthetic, and has been since all this stuff came to life back in the mid-to-late ‘80s. Just think of how many great bands and albums would have never come to be without all the hirings, firings, guest vocalist/guitarists, and ‘revenge bands’ that went down back in the day...But what’s usually a constant is the number of band members. If it’s a two-guitar band, they usually stay that way. If there’s a vocalist/bassist who leaves or gets shit-canned, they’ll replace him with two guys, one for each role. It’s sorta a given...But this is a one-man band…who expanded to a five-man band…who just dumped three of those guys and will henceforth be a duo. What the fuck?...Well, look: there have been a few successful black metal double acts – DARKTHRONE, IMMORTAL, and SATYRICON spring immediately to mind. But this is blackened death, which is a different beast entirely. Who knows what tomorrow will bring...fans of the style should be happy enough with it. You can more or less distinguish one riff or track from the next; that’s saying something right there. Just don’t let anyone con you that it’s “war metal” by any measure – I’ve seen it (quite inaccurately) mentioned in that respect” – Third Eye Cinema webzine

“Some of you may have heard Necrosemen’s And All Shall Be Smitten By Fire EP in 2013. Now, from Blood Harvest Records, comes their follow-up EP, Vglns, which will be released on cassette tape. The guys in Necrosemen must have found a new round of virgins for ritual sacrifice. And, while And All Shall be Smitten… was slower and darker, Vglns is fuzzier and faster. The tremolo riffs occasionally slow down for the down-picks and up-picks, but the blastbeats rarely stop. With four songs of newfound intensity, Necrosemen seek to make their ascent from the depths of obscurity with their latest release...Black/death metal is wearing out its welcome already, with hordes of bands doing a commercial take on the subgenre due to its rising popularity. And while Necrosemen doesn’t release anything particularly spectacular with Vglns, their style of black/death is listenable and enjoyable for short bursts of listening time...Admittedly, I’ve heard so many black/death bands lately that the quality of albums that feature the style has been as inconsistent as the thrash movement proved to be during METALLICA’s heyday. I’ve practically become apprehensive about checking out bands that claim to play black/death metal. Few bands release albums as rewarding as ABYSSAL’s Antikatasteisis, but I found Necrosemen’s And All Shall Be Smitten… to have been quite underrated in the scene, so I took Vglns with an open mind, and I am happy to report that their latest EP isn’t quite as commercially-viable and outright dismal as many black/death metal albums as of late...There are some interesting chord transitions on Vglns, and it is important to note that the band doesn’t tremolo-pick from start to finish the way some mediocre bands tend to do. The vocals echo from some nightmarish, cavernous ethos, and it does sound like the band has utilized some ideological take with their lyrics. Vocalist Ishk rasps and roars hoarsely with affectation, not simply accentuating the music with unintelligible growls. You may not hear much of the drums, but many of you know just how charming the cymbal crashes tend to sound while the necro production barely places the snare drum and bass drum hits in any audible fashion...This is good black/death metal. The songs tend to blur somewhat, with no particular song having its own discernible identity, but I can tell that black/death metal fans sick of bands that play the style with a pronounced attempt at playing melody will appreciate Vglns. Get a cassette deck already and pick this up NOW!” – CVLTNation.com

“With their new 2015 EP release, Vglns, Necrosemen proves that they have what it takes to compete with the top black/death metal bands of today. Filthy downtuned riffs, super-tight drumming, paired with some murky production quality, these guys create a wall of sound that will send chills down your spine. This short EP is worth checking out for you crazy black/death heads. If they can keep up with the intensity on their next release, and maybe add a bit more originality, I can see these guys making a big name for themselves in the future” – MetalXtreme.com